Out of an abundance of caution due to concerns for community spread of COVID-19, as well as the safety and wellbeing of all participants, we are temporarily canceling the planned ECHO: Guts in the City! originally planned for April 17 & 18. We apologize in advance for the inconvenience and hope you understand. 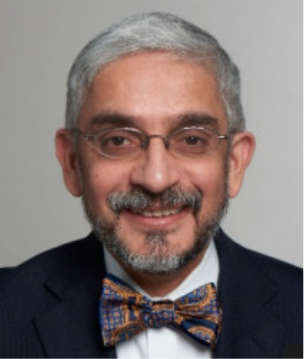 Kishore trained in general surgery and pediatric surgery in the UK where he worked with Dr. Adrian Bianchi and developed his early interest in short bowel syndrome and the use of intestinal lengthening procedures. He pursued research at the Great Ormond Street Hospital for Sick Children in London, winning the 1996 British Association of Pediatric Surgeons Prize for his pioneering work identifying phytosterols in soy-based lipid emulsions as a potential cause for parenteral nutrition-associated liver disease in patients with intestinal failure.

He serves on the Pediatric Committee and the Policy Oversight Committees of UNOS (United Network for Organ Sharing) and is Chair of the International relations Committee of UNOS. He is also a past member of the Board of Trustees of the Oley Foundation, a large support group and information resource for patients with intestinal failure.

His current clinical and research interests are in the areas of surgical management of intestinal failure, intestinal transplant and TPN associated liver disease, as well as in mathematical modeling for complex medical decision-making.

For more information about LIFT-ECHO